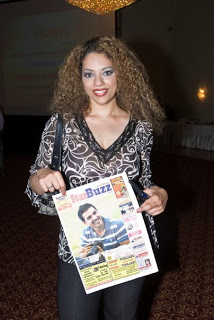 How did the 8th Miss Pakistan World pageant fair this year?
The controversy was a surprise for me as I really was caught in the middle of the floods disaster in Pakistan. Not only that, the fundamentalists were moaning about the fact that it was held in the month of Ramadan, even though we held it after Iftar (breaking of fast). I guess the ideals of religion is very different amongst some Pakistanis as compared to the Middle Easterners, where its considered, “Happy Ramadan,” instead of what some Pakistanis claims it to be, “Holy Ramadan.” The overall pageant was well received in regards to the media, guests and show’s content. I would say it was good!

Is it a business or a mission for you? (why)
Miss Pakistan World is not just an event; it is the birth of an industry for Pakistan. This started off as a mission, where I had to make sure that Pakistan’s pageant industry was created and that it kept continuing. But at this very moment it is also a business, as bills have to be paid and the event has expenses. The mission will always remain and that is to show the world that Pakistani women are the most beautiful women in the world as well as role models. The mission for Pakistan will also remain and that is that Pakistani women can do anything she wants to do without being subject to any sort of discrimination, intolerance and hate. The mission for myself will remain too and that is to keep Pakistan’s pageant industry breathing. 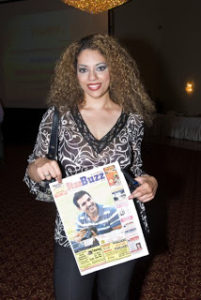 What are the challenges that come with leading such an event in a conservative community like Pakistan?
Well the majority of the community is made up of pseudo intellectual leaders. These people are very harmful for our well being. These very people have also used the Miss Pakistan World pageant to get some media hype for themselves. These people include Pakistani-Canadian individuals from the politics, media, and just self appointed heads. They don’t want young individuals to come in and take their limelight away, and so just try to target whatever they can to show that they are still leaders. The Miss Pakistan World pageant spoils it for them, as we still do not die off, which they want.

Do you think the Pakistani community will open up to such events in the future?
They have no choice but to open up. In fact I know that they have opened up, as they want to attend the pageant, they talk about the pageant, and they acknowledge the pageant. It’s been 8 years and hence there is no choice left to them. This is a democracy, and they have to tolerate and know that whether they like it or not, the Miss Pakistan World pageant exists and will be there forever. If they want democracy in Pakistan for which a lot of people grouped together against President Musharraf, then tolerance is democracy. They have to learn to tolerate, respect, acknowledge and be aware and that is what democracy is. Adding to that, besides the Miss Pakistan World pageant there is a Mrs. Pakistan World pageant for married women of Pakistani decent.

Do you personally believe that such a pageant is important for the upliftment of women? If yes then how so?
This is very important for Pakistan and other similar nations where the idea of a woman representing almost anything is intolerable. A beauty pageant may not be very important to a nation like USA, UK, Canada, as women are tolerated in all aspects of society.

Miss Pakistan is a hope of an idea that women can be role models and can represent the community with the balance of both brains and their looks. It uplifts women in general especially those women who have lost hope to ever do something in order to stand on their own feet. The idea of Miss Pakistan World gives them that hope. If one looks at just the small picture and that is a “pageant,” then all they can see is just a pageant. But if one looks at the broader picture and that is representation around the world in terms of a woman then it becomes more meaningful. The pageant industry is designed in such a way that coincides with charity work, helping raise funds, visiting orphanages etc. When those children or elderly see a beauty queen they light up, as compared to seeing a strong headed lawyer.
Just last year about $10,000 dollars were raised for 2 separate charities, one including the Cancer Society of Canada. This year is the beginning and we raised well over 5000 dollars for a School Net Guyana project for schools in Guyana. We do our charity work around the world and whenever we get an opportunity. A female lawyer, doctor, teacher, principal won’t do such things, as they work for a living and they get paid to be doctors and lawyers. On the other hand we are doing it for no cost at all plus this is not our profession. The girl who is Miss Pakistan World is a student, or is working and yet she would take time out to go for events like these, where she is not only represent Pakistan but also help the cause. 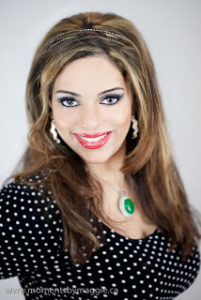 How different was the response to your event this year in the wake of the floods?
The response was of sympathy towards the pageant, as level headed people understood that the floods took place three weeks prior to the pageant. There was nothing that we could do to postpone the event, as a lot of people’s paychecks depended on this event. The floods took place in Pakistan and as show organizers and artists we made sure that we had some charity aspect associated with the show.
Then the empty vessels of the community are another side to our community where with their high levels of intelligence basically said to postpone the event, without realizing that this could have resulted in a loss for the many people associated with the pageant. It is these people who want to see more loss happen including the loss of the floods.

Red Cross was invited to the 8th Miss Pakistan World pageant this year, to raise funds and awareness about the floods in Pakistan. How successful was the fundraising aspect of the pageant?
Red Cross did a good job, and the fundraising was successful. If we had more time and support we could have done a better job. But there was a lot of negativity that we had to combat in order to even have Red Cross come at our event.

What kind of headway have you made with this event after 8 years, and where do you see it going?
I am successful now, and more so invincible. If an event like Miss Pakistan World could go off in a time like this, then this show will be the best in the world one day. Sky is the limits! I am determined and there is no one who can influence me or deter my intentions.
I also want to thank the sponsors who were mainly Pakistanis as well. Without their support

ould not have happened. The show must and will go on! We will be going to India, Turkey, China, Malaysia, Dubai and maybe Guyana to spread the word of who we are and how Pakistanis really are.

Lisbon, Portugal – Another place I just ...