Sonia Ahmed was born in Kuwait to Pakistani parents. Her father belonged to Faisalabad, Pakistan of Arain Punjabi background and mother was a native of Karachi, Pakistan. Ahmed spent her childhood in Karachi, Pakistan and Kuwait. She went to school in Kuwait to Carmel School Kuwait, a convent for girls and left for Canada for University education. Ahmed had got a $8000 scholarship to the University of Ottawa as she was a top student of her school Notre Dame High School in Ottawa, Canada. Ahmed graduated with a Business Degree.

Sonia Ahmed began her career from the University of Ottawa in the year 1999. At a very young age she started working for the Pakistani Students’ Association in Ottawa, Canada. With that she started fashion shows in her University promoting the positive side of Pakistan. In 2002, Ahmed went ahead and took the bold step of launching a pageant for Pakistani girls called Miss Pakistan World. In 2005, she went further and made it international, which meant any Pakistani girl from anywhere could enter in international pageants. In 2007, she launched Mrs. Pakistan World and in 2011 she launched Mr. Pakistan World. In 2016, Ahmed went further by establishing Mr/Mrs/Miss Pakistan and started sending delegates from Pakistan to represent Pakistan in international pageants worldwide. In 2015, Ahmed launched Miss Azad Kashmir and finally started sending contestants to represent Azad Kashmir as an initiative to create a voice for Kashmir. 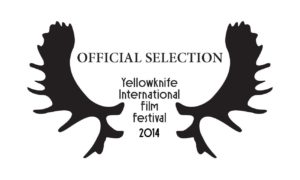 I Shall Dance selection in Yellowknife Film Festival

In 2013, Ahmed began studying Film and learning production and direction and got her certificates in direction and documentary film making from Raindance School of Film. She further studied production from Raindance Film School and continued more courses from the LIFT- Liason of Independent Filmmakers of Toronto. She still continues to learn focusing on special effects. Ahmed did her first documentary in 2014, “I Shall Dance,” which was showcased in the Yellow Knife Film Festival in Canada. She went on to work for the Lollywood Film Industry which is on the rise and did the production of the first Pakistani film in Canada. Ahmed continues to work in the Lollywood Film Industry promoting Pakistani cinema and artists. Ahmed’s company is Touchgate Global Productions in Canada and worldwide.