Much before Veena Malik, Founder and President of Miss World Pakistan Sonia Ahmed dared to challenge the ‘Male Chauvinism’ in Pakistani society.

‘We made sure that we sent the right message back home -women need independence. Moreover, we shouldn’t be restricted from celebrating our beauty,’ says Sonia Ahmed, in conversation with HT City during a private visit to Chandigarh.

About when the scenario in Pakistan is expected to change, if at all, Sonia says, ‘It is difficult for me to guess when the situation will change in our country. I just feel that the need of the hour is for our society to open up towards women.’

Sonia, who migrated to Canada from Pakistan in 1997 and is now a Canadian citizen, says the idea of Miss Pakistan Canada came about while she was studying at a university in Canada. ‘I was interested in modelling but when I googled Miss Pakistan beauty pageant, nothing popped up. Then I decided to create a stage that could showcase the beauty of Pakistani women to the world, and it worked! Zehra Sheerazi was crowned the first Miss Pakistan Canada (now Miss Pakistan World) in 2003.’ About how her clan back home reacted to her bold step, she says, ‘As I progressed, so did the threats. Even today, the Pakistani embassy in Canada does not endorse our venture, but we have managed to create our own destiny.’ 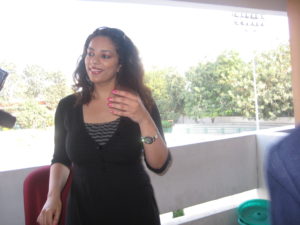 Sonia does believe that things in Pakistan are changing for the better. For instance, ‘Pakistan now produces its own beer, and would soon start exporting it to the US as well. Fashion shows are also organised, though in closed quarters. But there still is a section of society that continues to put restrictions on our entertainment industry. ‘ She recalls how the laws bent against women during General Zia-ul-Haq’s period and how restrictions were laid on music and sports. ‘Pakistan is still a male-dominated society, and women\’s rights are still a major issue,’ she adds. Nevertheless, Sonia continues to send bold signals to the so-called moral practitioners back home. In 2006, she created controvery with the concept of bikini contests in her pageants. Her 2010 blog article, Hypocrite Pakistanis, also ruffled a few feathers. Sonia says, ‘I can\’t bear hypocrisy. On one hand, our society does not allow women to be sexy, and on the other, places such as Hira Mandi are legalised.’

Sonia, however, is very excited about Veena Malik fighting conservative mindsets. ‘I’ve heard that Veena is holding a Swayamvar on TV. I must applaud her for such a bold decision, because in Pakistan, no one would approve of her marrying an Indian man,’ she concludes.

Some News Articles on my work!