Fatima – A must see pilgrimage for all! 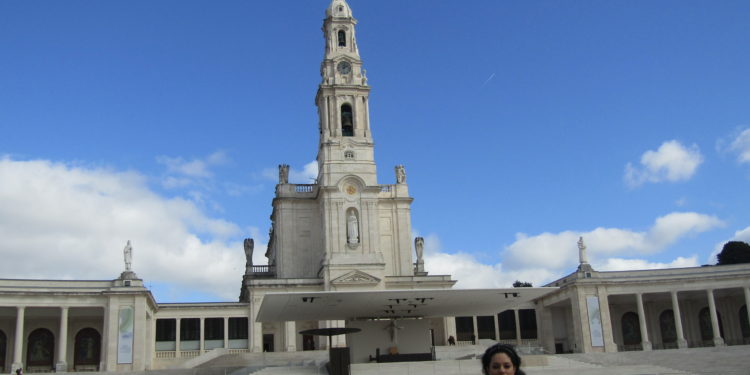 When I chose Portugal, I never once thought that I would be in that country where Mother Mary was seen by the three little Shepherds! I found out only after I booked my ticket! And as some of you may know a bit about me, I make it a must to visit and pray at most religious places! So I took this as a blessing and felt that I was called for this purpose. I looked at my days in Lisbon, and so I kept a whole day for my pilgrimage to Fatima to see Mother Mary and her three little Shepherds!

Fatima is a city where you will see the presence of Mother Mary everywhere, as every store, place, monument has something or the other about “The Lady of Fatima,” (Mother Mary). So as I sat in my comfortable Mercedes and saw the city from the car, I was dropped off near the gate of the Shrine of The Lady of Fatima. I made my way in and the first thing I saw were 3-4 white beautiful doves! My mind raced all the way to heaven, and back to earth, as I realized that they may be pet doves! I went further and could hear the hymns of the songs sung in the Mass. It was surreal as I really did feel I was in heaven. The Shrine was not too crowded as my guide told me that in the months of May and October, the pilgrims come from all over the world. I felt lucky to walk and look at the shrine in such a relaxed manner. As I took a few more steps into the Shrine, I saw from far, little people walking weirdly so I kept walking quicker to see them clearly and what I saw brought tears to my eyes! I saw people walking on their knees towards the shrine where Mother Mary was spotted by the three Shepherds!

I felt warm and peaceful from the inside, as every step for me was a blessing in that Shrine! I prayed a lot and asked a lot very quickly as I entered the Shrine. I also saw the graves of the three Shepherds. I felt truly blessed and satisfied that I could visit where God’s chosen prophets spoke with people!  Fatima, Portugal is a great city to visit and see the Shrine and feel at peace! 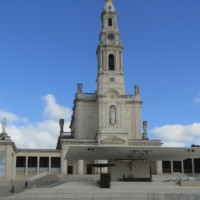 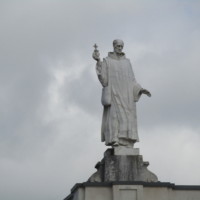 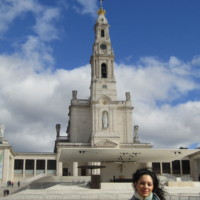 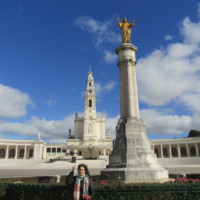 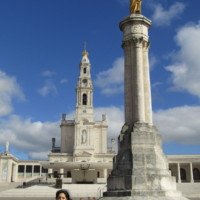 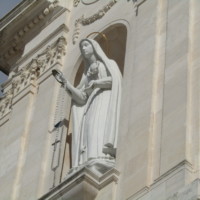 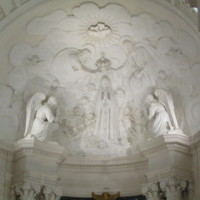